The only Tech and Startup Free Walking Tour in San Francisco

Starts: 6 pm Tuesdays and Fridays
Starting point: 2 Harrison St, (corner of Folsom and Harrison), next to Mozilla Foundation SF.
Ends: 8 pm at Union Square, corner of Geary and Stockton.
Scroll down to book

Update July 2020
For your safety we have taken protective measures on Free Walking Tour San Francisco in 2020: Everyone in the group is encouraged to keep a reasonable distance, and wear a mask to cover their nose and mouth at all times. With larger groups (limited to 10-12) we will be using an amplifier for you to hear us better. We offer hand sanitizer to everyone attending the tour.

Please be mindful of others, this is what we’re committed to do too.

How San Francisco and Silicon Valley became the Word’s hi-tech hub? Why startups are flocking the City by the Bay. Why here? Tech giants like AirBNB and Salesforce were founded in San Francisco, others – started elsewhere, like Facebook – moved to Silicon Valley. In 2 hours we will unlock the reason for area’s long-standing prominence on the tech scene with stories of success and failure, the humble beginnings of tech entrepreneurs, fierce competitiveness, and the power of pivoting.

We stop by Google’s SF Headquarters, office of Slack, Fitbit, LinkedIn among others.

The tour ends at Union Square.

Check if we are on.

No tours in San Francisco until July 15 due to lockdown. Check the calendar to make sure we run tours on your date. 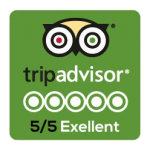 Better doing this tour before everything else, so that you can actually use all the hints you're gonna receive! (or at least try;))

Filip was awesome I really felt to learn to know the feeling of San Francisco.

This tour is a must. I learnt so much about San Francisco and are looking more of this type of tour

I had 4 walking tours with different companies. All the tours I had were good, but this one was the best! Filip, the guide, is really passionate about the city and is very good in conveying it.

Thank God for guys like Filip who love this City and love to share their experience & knowledge. I highly recommend this Tour before making other plans because he gives you lots of good tips to take full advantage of what SF has to offer.

I have booked a tour to Alcatraz. Will I manage to the ferry after the tour?

The tour ends opposite Ferry Building. It takes 20 minutes by foot (or less) to reach Pier 39 where you board the ferry to Alcatraz.

Is the tour child-friendly? Can I bring a baby?

Yes, the tour is child-friendly. Children of all ages love the stories of buried ships under the buildings. Babies in strollers or carries are welcome too.

Can I bring a dog to the tour?

Yes, we have dogs on tours all the time:) Just make sure your pet is securely leashed.

Yes, we make a bathroom/toilet stop halfway through the route. No worries!

How much is the usual tip? I don’t want to overpay or lose face.

From experience, the average tip is $10 per person. Some people donate less, others are happy to give more. Remember, it’s all up to you: if you have had a good time, tip the guide. If you didn’t like the tour – well, don’t.

It’s raining. Will the tour get canceled?

No. The Free SF Tour happens rain or shine. Plus, it’s San Francisco – one minute it’s raining, the next – glorious sun appears. Bring layers and nevermind the weather.

What if I am the only person turned up? Will the tour still happen?

Of course the tour will happen! It’s just going to feel like a private tour – a knowledgeable, friendly guide all to yourself 🙂

Where to park my car?

It's a bit tight with parking spaces around Union Square, but you can still get lucky and park in the street. Alternatively, there are many convenient car parks in the Union Square vicinity. There’s an underground garage just under Union Square – you can’t get closer than that 🙂 Most charge around $6 per hour but you can find places for as low as $3-3.50. Check out this list of garages http://www.visitunionsquaresf.com/maps-parking-transportation (just click on "park" under the map).

I use a wheelchair. Is the route accessible?

Yes! The route is wheelchair- and stroller-friendly, and largely step-free. Despite the city’s famously hilly terrain, our tour is makes the most of flat streets in Downtown. There might be a ramp here and there, but nothing to worry about.

I want to leave a tip but hate cash. Do you take cards?

Find us at Union Square

Ask us questions! We love questions =)